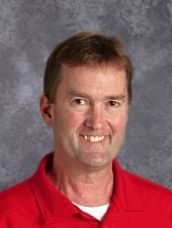 John Engebretson has been at Kennedy since 2004. He directs the Concert Band, Symphonic Winds, Jazz Ensemble, Jazz Lab Band, and Pep Band, and he teaches Guitar Techniques. In this time, his bands and students have earned many Superior Ratings at Large Group and Solo/Ensemble MSHSL Contests.

Mr. Engebretson grew up in Alexandria, MN, where he was selected to the McDonald’s All-American High School Marching Band. He graduated with a degree in Saxophone Performance from Gustavus Adolphus College, and then studied at the National Conservatory in Bordeaux, France. After returning to the States, Mr. Engebretson attended Northwestern University and earned a Master’s Degree in Saxophone Performance, followed by another Master’s Degree in Music Education.

He has performed throughout the country as a soloist and chamber musician, and he has performed in numerous orchestras in Minneapolis and Chicago. Highlights include performances in the North American Saxophone Alliance Regional and National Conventions, as well as the World Saxophone Congress in 2003. He joined the Gustavus faculty in 2006 as saxophone professor, where he has also taught the Adolphus Jazz Ensemble and Saxophone Quartets at Gustavus.  Mr. Engebretson is the Lead Alto Saxophonist in the Bend in the River Big Band, which plays throughout the Twin Cities area.